Following the publication of BBC Top Gear Vietnam Special in 2008, the hot trend of visiting the real Vietnam on a motorcycle has truly taken off. Vietnam motorbike tour top gear routes are the finest highways to ride a motorcycle from HaNoi to Ho Chi Minh City or vice versa, according to the BBC Top Gear Vietnam Special. Ho Chi Minh's renowned trail and coastline lines are the routes. 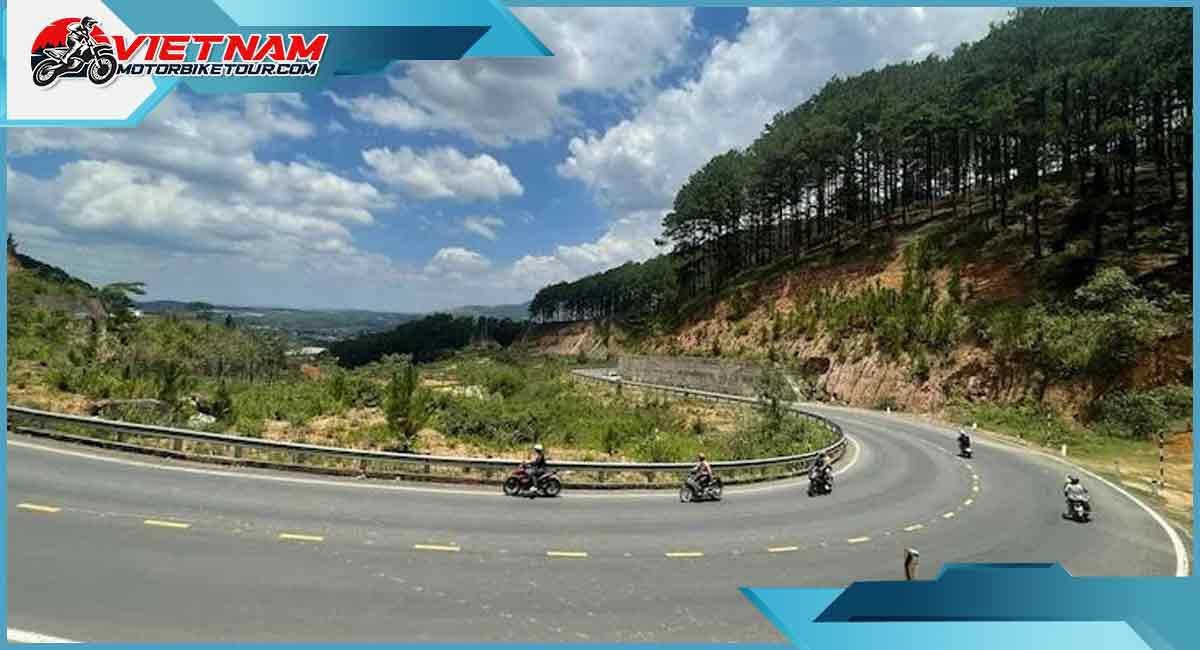 ​​To begin, leave the country's largest city at 8.30 a.m. to escape rush hour. Take a ferry over the less-traveled Sai Gon River. Cat Tien National Park is around 150 kilometers away by motorcycle. Second, go to Da Lat by a mountain winding route through pine tree forest. Da Lat is renowned as the Land of Love since it has four seasons in one day. Agriculture and tourism are the two most common occupations in this area. Aside from off-road paths, motorcyclists may enjoy a river, lakes, waterfalls, fruit and coffee plantations, or flower fields. Riders may also visit several ethnic cultural towns to observe how they manufacture wine, clothes, and other items. The people that live here are really gentle and nice. If you want to stay in Da Lat for a few days, bring a jacket or buy one while taking the short Dalat motorbike tour.

The motorbike trip from Da Lat to Nha Trang is a must-do if you want to descend a steep and twisting mountain pass from the plateau. This 150-kilometer road provides bikers with breathtaking views from above.

Nha Trang is unquestionably recognized as the South China Sea Riviera. It has a six-kilometer length of spectacular coastline with white sand beaches, beautiful waterways teeming with marine life, lush mountain ranges, and more. This seaside town is immersed with breath-taking architecture that date back to Buddhist temples, Champa Kingdom, and gothic-style Catholic churches, as well as salt fields, natural hot springs, and waterfalls, and offers a variety of sightseeing and leisure activities. It is worthwhile to spend time on islands, beaches, and city attractions such as Po Nagar Cham towers and Vinpearl Amusement Park.

Nha Trang to Hoi An 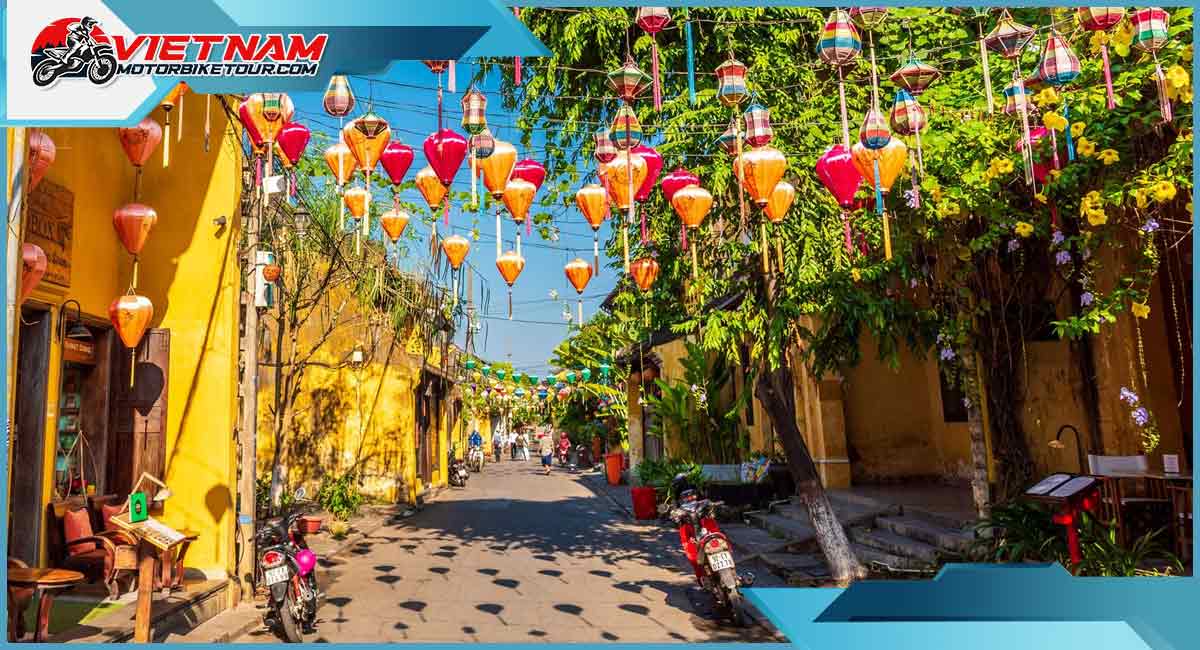 Getting to Hoi An requires a 540-kilometer journey from Nha Trang through Quy Nhon. The scenery on both sides of the road is practically devoid of humans, with lovely and quiet beaches like Ca pass. On the Vietnam motorbike tour top gear itinerary, it might be one of the greatest Loop motorbike Tours. The historic village of Hoi An, a UNESCO World Heritage Site, is the route's final endpoint. It is most known for its role in commerce with Southeast Asia throughout the 16th and 17th centuries. Hoi An is known for its unique features, such as the Japanese bridge, Chinese temples, and traditional homes. In addition, the basket boat ride, the food, and the gorgeous beaches make Hoi An a popular tourist destination. Above all, wandering through the historic town with its millions of lanterns is a magnificent experience. In addition to Hoi An, visitors to Da Nang may view the Golden Bridge on Ba Na Hill and Cu Lao Cham.

Hoi An to Hue - Incredible motorbike ride in Central Vietnam 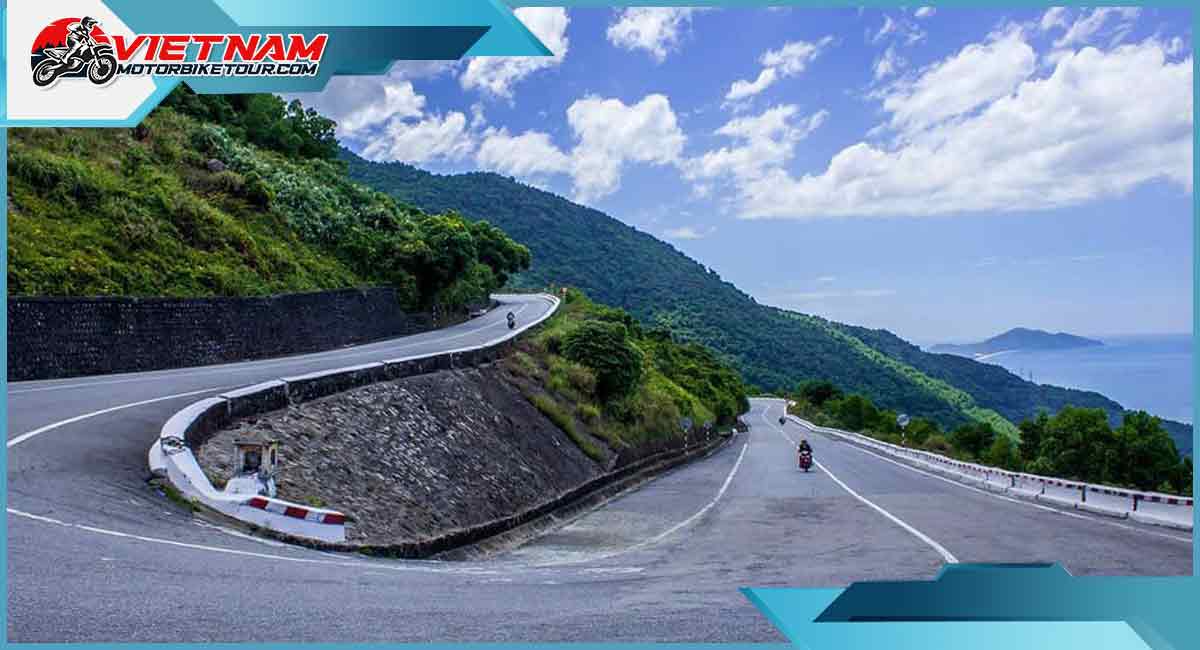 Hoi, I'm sorry to see you go. National Highway 1 is a UNESCO world historic site. As a result, the trip passes via Hai Van Pass, one of the most popular attractions in the area. Any motorcyclist would be awestruck by the picturesque splendor of the mountain pass. On the other side, its winding roads will put our riding abilities to the test! It's no surprise that Hai Van Pass was named one of the finest crossroads in the world by BBC Top Gear Vietnam Special in 2008. The pass makes a reference to the Top Gear Vietnam route. During the American war, it was under the authority of the US army. After a quick coffee break, riders may descend the mountain and continue the coastal route to Hue. Another UNESCO World Heritage Site is the Citadel of Hue. 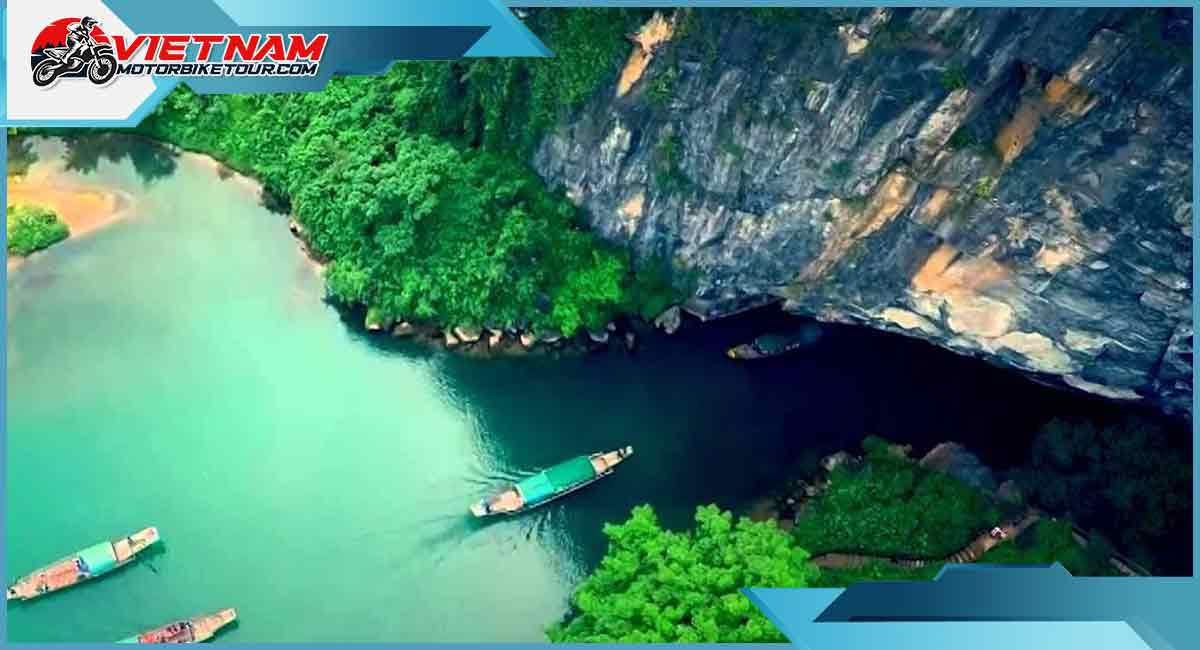 Following that, continue on the Top Gear Vietnam itinerary by riding along the Dakrong River's historic road No 9. The motorbike trip goes direct to the eastern side of Vietnam along the 17th parallel to see Hien Luong bridge, a symbol for the boundary between north and south Vietnam, Vinh Moc tunnels, and where motorcyclists may take a short motorbike ride on coastal roads with diverse views of the country. Then, at Hue, leave the Cua Tung coastline line behind and go on the Western Ho Chi Minh trail to Phong Nha, another highlight on our Vietnam motorbike tour top gear itinerary. The western Ho Chi Minh path, often known as the "secret trail" that the US army never knew about and bombed, offers a fantastic motorcycle trip. This nearly 200-kilometer path runs almost entirely within the Phong Nha Ke Bang national park, where there is no traffic. Get out of the national park in the late afternoon to pay for a boat excursion to view Phong Nha, the world's longest river cave.

On this Vietnam motorcycle tour, this is the third UNESCO world heritage site. When visiting Quang Binh province, tourists may also take another journey to see Paradise cave, Tien Son cave, and other caves. Similar to Son Doong, Son Doong is the world's longest dry cave, although it takes adventurers around a week to trek inside. Furthermore, Dong Hoi, Quang Binh is the ultimate resting place of Vietnamese army leader Vo Nguyen Giap - The army general leader, who was intelligent and gentle, devoted his entire life to the Vietnam War. 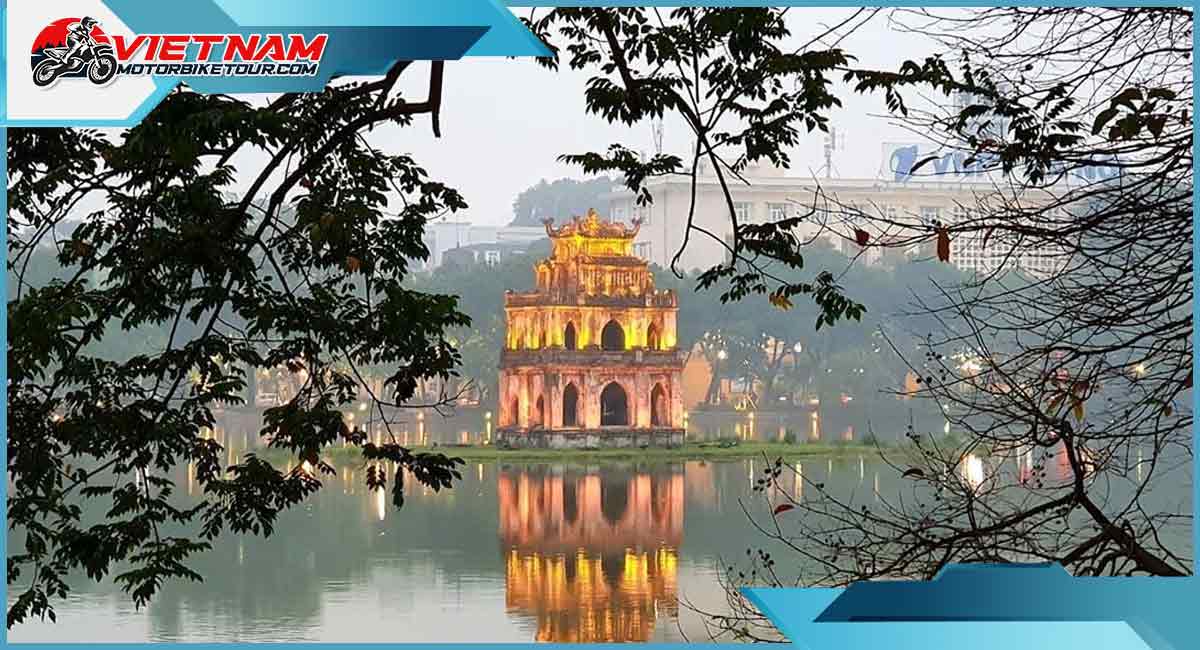 Following Phong Nha, the Top Gear Vietnam route trip will travel over the smooth Ho Chi Minh path to Tan Ky, Nghe An. The Ho Chi Minh trail comes to an end at Tan Ky. To travel to Pu Luong nature reserve through Ngoc Lac town, the ride will be on road 15C. Pu Luong in Thanh Hoa is a lesser-known location known for its stunning views of terraced rice fields and hill tribal communities nestled in the valleys. Stop at Don village for spectacular views of the region as you go down the valley and up the hills. After there, take a tiny road to Kim Boi, Hoa Binh, and continue on to Ha Noi. 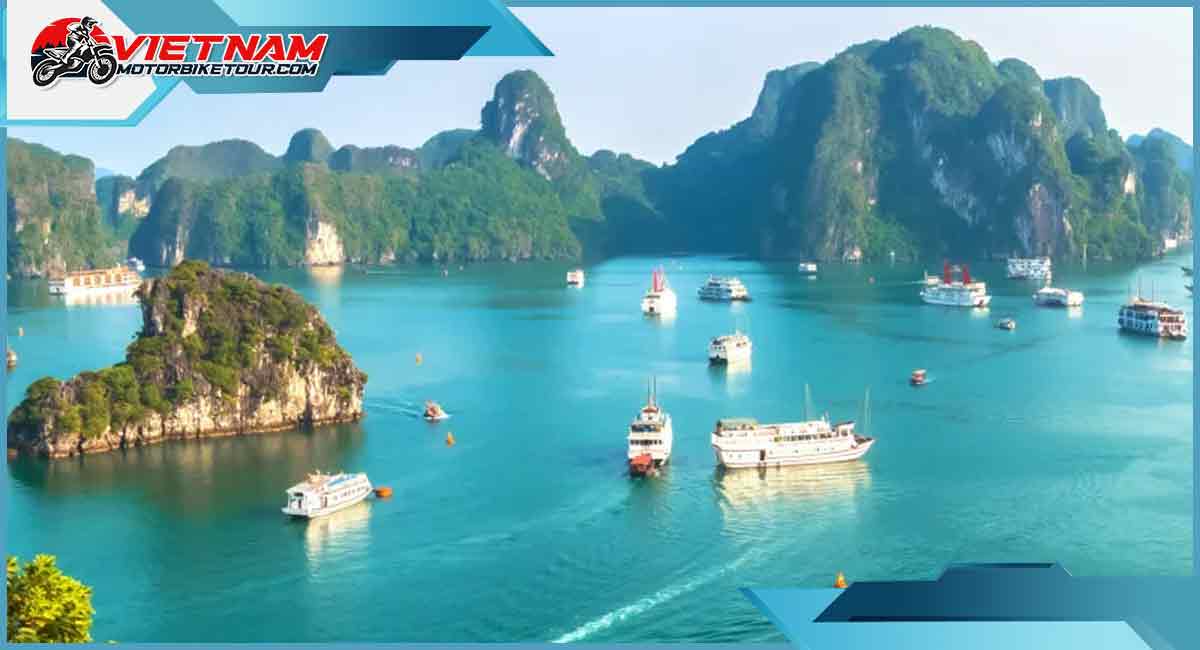 Carry on with Top Gear's last route. The 180-kilometer route in Vietnam ride from Ha Noi to Ha Long City. On the half-way point, Ha Long motorbikers stop at Hai Duong for a 20-minute break to see our hand-crafted Vietnamese handicraft products such as lacquer wares, paintings, sculptures, embroideries, clothes, and other items manufactured by Hai Duong residents and children war victims. We then proceed directly to Ha Long City. Travelers can stay here for a few days to explore HaLong Bay.

So, why were these Vietnam motorbike tour top gear routes considered by BBC Top Gear? Would you want to take a motorcycle trip along these routes? From the experience of working in this field and consulting the suggestions from that program, we will definitely bring you interesting experiences when you join the loop bike tours in Vietnam. Please leave a message to us at our website Vietnammotorbiketour.com if you want more details. Thank you so much.